So I'm setting up our new router/server here at home, and I've decided to finally get around to trying out a full disc encryption. The idea is that the kernel has embedded in it (or separately loaded by the boot loader) a tiny file system with the necessary decryption utilities. A script runs, does the decryption, mounts your regular file system, then turns the computer over to your regular booting up process.

This works very well, if one can get it to work.

I'm familiar enough with installing my favorite GNU/Linux flavor, Gentoo, that I'm not having any difficulty doing what I want to do with it. However my scripting skills are weak, and I don't have enough knowledge regarding the busybox environment to figure out what's going wrong.

Cryptsetup gives some warning messages or errors when creating a decrypted device mapper node of the encrypted hard drive; but it finally reports success. However I am unable to mount the result. It's very annoying.
Posted by Josiah Luscher at 4:22 PM No comments:

Alvin Greene is a broke, unemployed guy who is facing a felony obscenity charge. He made no campaign appearances and raised no money, but he is the brand new Democratic Senate nominee from South Carolina.

How many senators in the senate were picked by these faulty, poorly designed, freedom destroying machines instead of by us? This case stinks only because it seems so unlikely to us, as outsiders, that this guy was really the choice of the good people of South Carolina. But how many times was a vote close, and with a few button pushes or keystrokes was the balance tipped? - We don't know.

VOTING MACHINES TODAY ARE EASY TO TAMPER WITH!!!! Until people like Bruce Schneider, or other well know security researchers, evaluate and give a thumbs up to a voting machine, or machines, I'm just going to have to hate all voting machines. Lets use paper ballots and count them by hand; then we can at least recount them if we think there was a mistake.

Although, honestly my hate is probably misdirected. Possibly, the guy just won because voters are lazy, and his name was first on the ballot.
Posted by Josiah Luscher at 6:58 PM No comments:

But her truck is destroyed...
Click on it to get a bigger image. 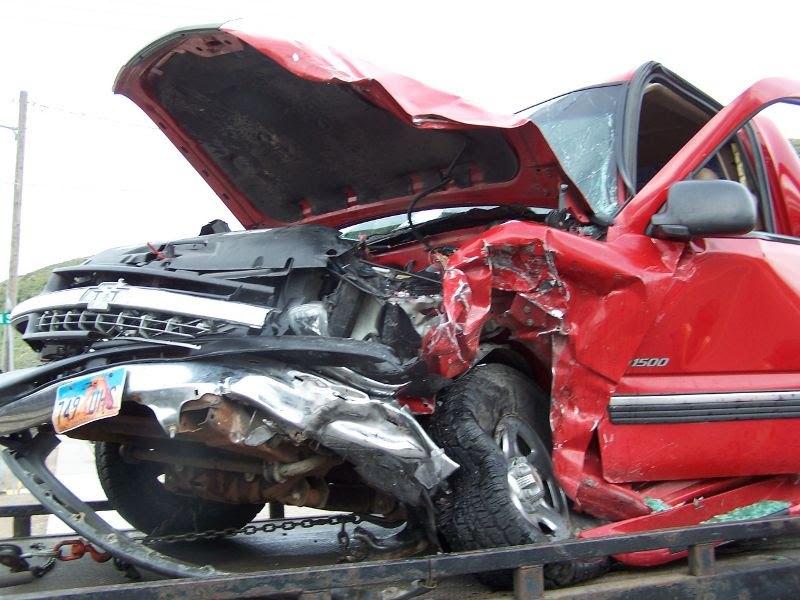 Gretchen was wearing her seat belt at the time of the crash. As soon as she could squeeze her legs out from under the dash, she crawled out the window. When the police got there they had to ask the crowd: "Who was the driver of the red truck!" Cause she was walking off the adrenaline rush. 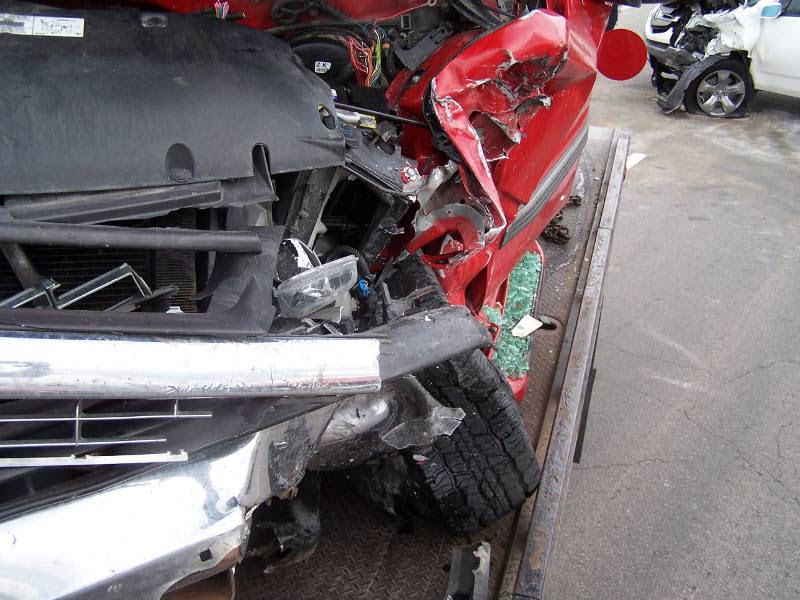 The dashboard and steering column were shoved back several inches. It's a good thing she was skinny, otherwise she would have been stuck. 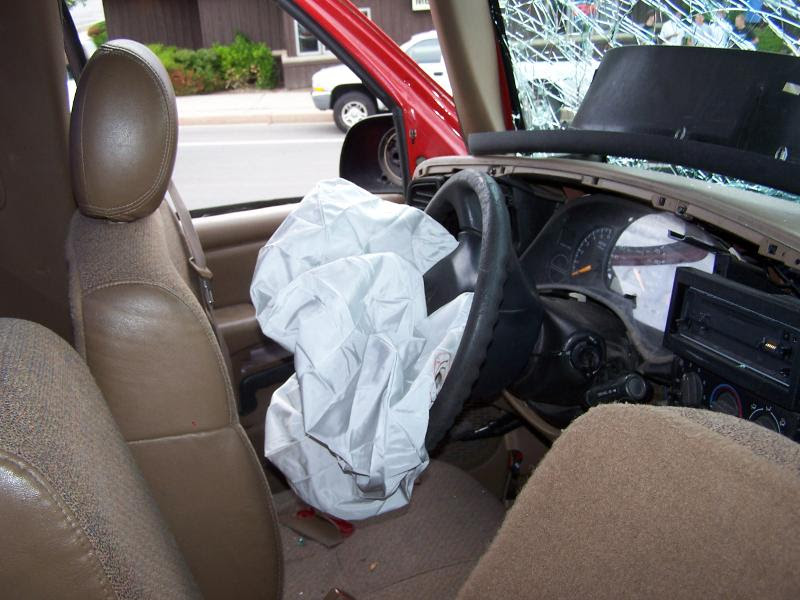 I would like to thank all the people that rushed to both the aid of my wife, and the other driver. 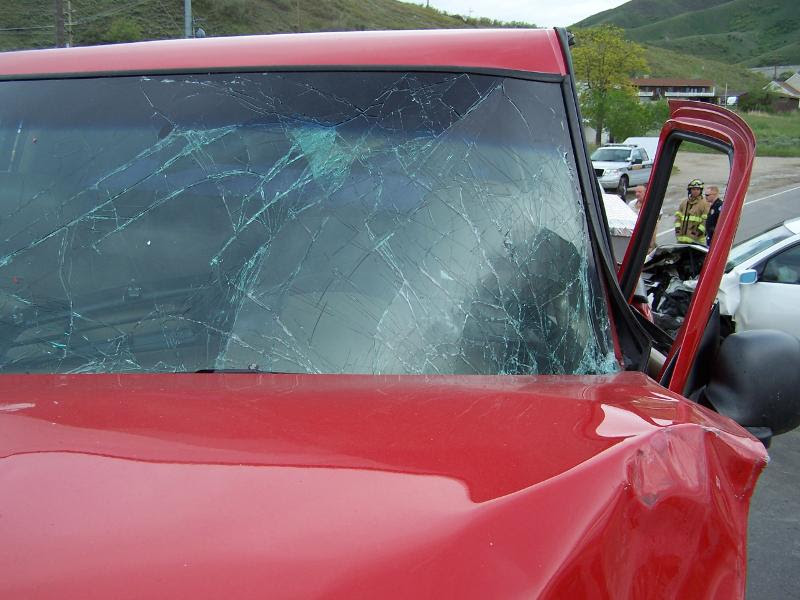 I didn't get a picture of it but some of the wires in the dash board had started to melt and burn the plastic. That's why the fire department was called. They brought a large crow bar; pried the hood up, and cut the battery cables. 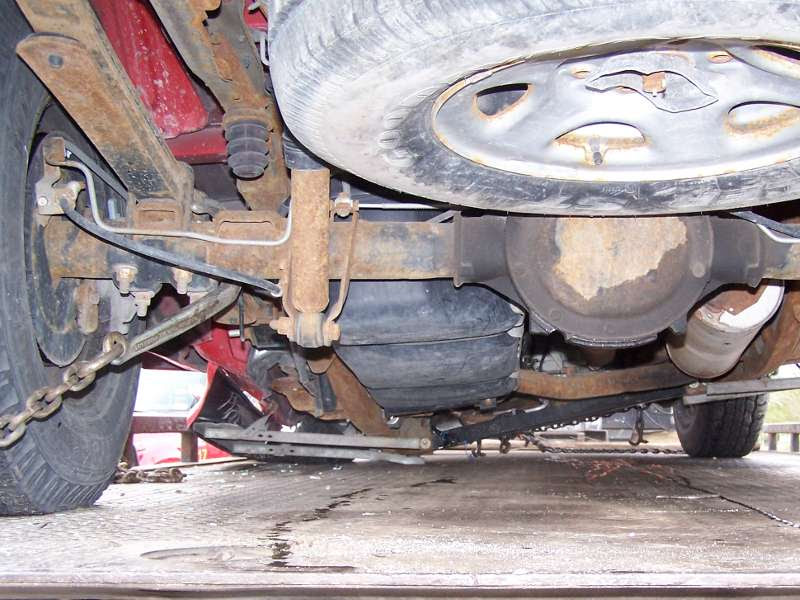 Pictures of the other car... 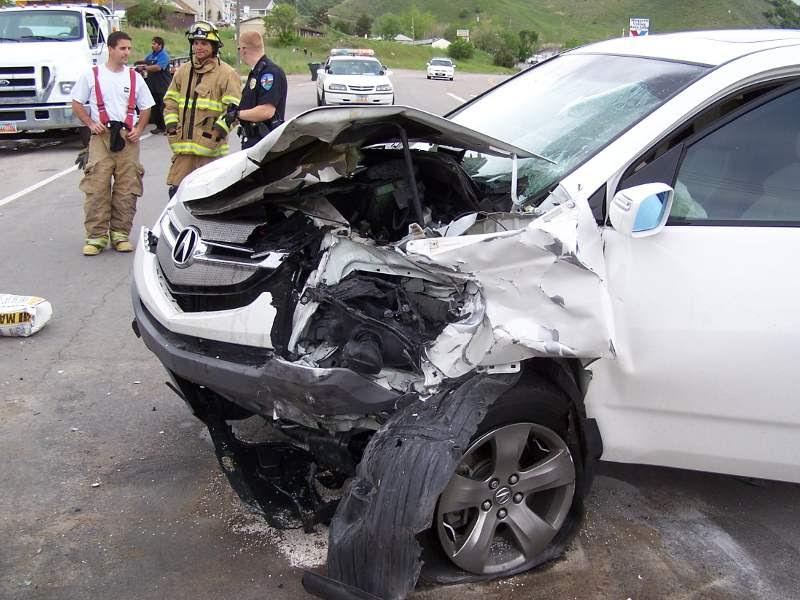 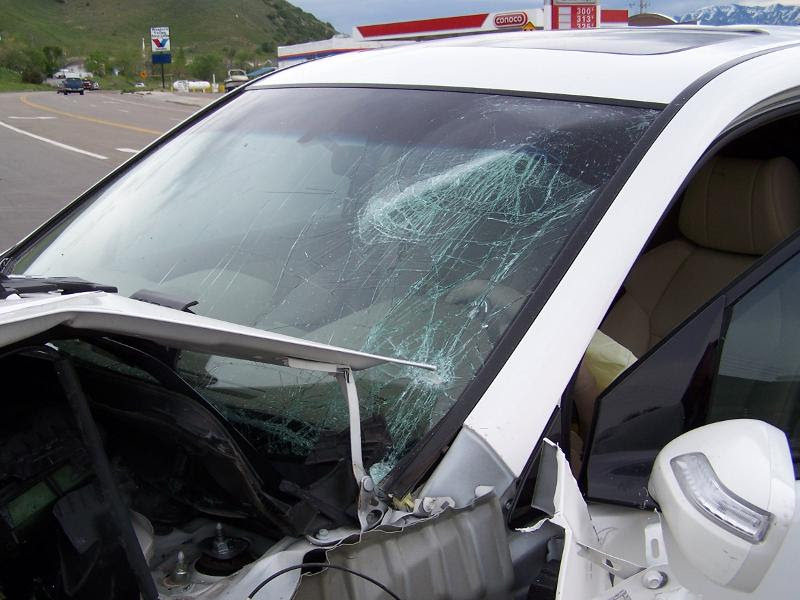 I don't know if the other driver was wearing his seatbelt. Notice the head shaped bulge in his windshield. I saw blood on his forehead; and heard that EMTs were not getting clear responses to the questions they were asking him. The driver of the white car was taken to the hospital.

Gretchen's right arm started to swell up, I made her take an X-ray of it. I'll post that picture too. It appears to be OK. She is resting with ice packs and compression bandages. She says that when the frozen spinach on her knee thaws, she's going to heat it up with some mozzarella. ;)
Posted by Josiah Luscher at 10:03 PM 8 comments: