Amazing! - Imagine four G34 socket processors on one motherboard, or just click here.   You could put 16-core CPU's in for a total of 64 2.2Ghz AMD64 cores on one motherboard.  That's like having 16 quad core computers in one box.

My server is far more modest.  I'm rocking a Motherboard/CPU that I picked up at the University Surplus store for $5. (Previously an old Dell Dimension 9100 I got from a friend, but it's BTX motherboard won't fit the new case.) A case I bartered some three way switching expertise for. An old SSD that is failing (144kB went bad on one of the memory chips, or so my operating system says.  I think that the smart data might be being misinterpreted).  An open box RAID card that I snagged off of Newegg.  And some hard drives that I bought pre-flood quite cheaply.

Here are a few pictures before and after I got the new case (The red one is my gaming rig...) 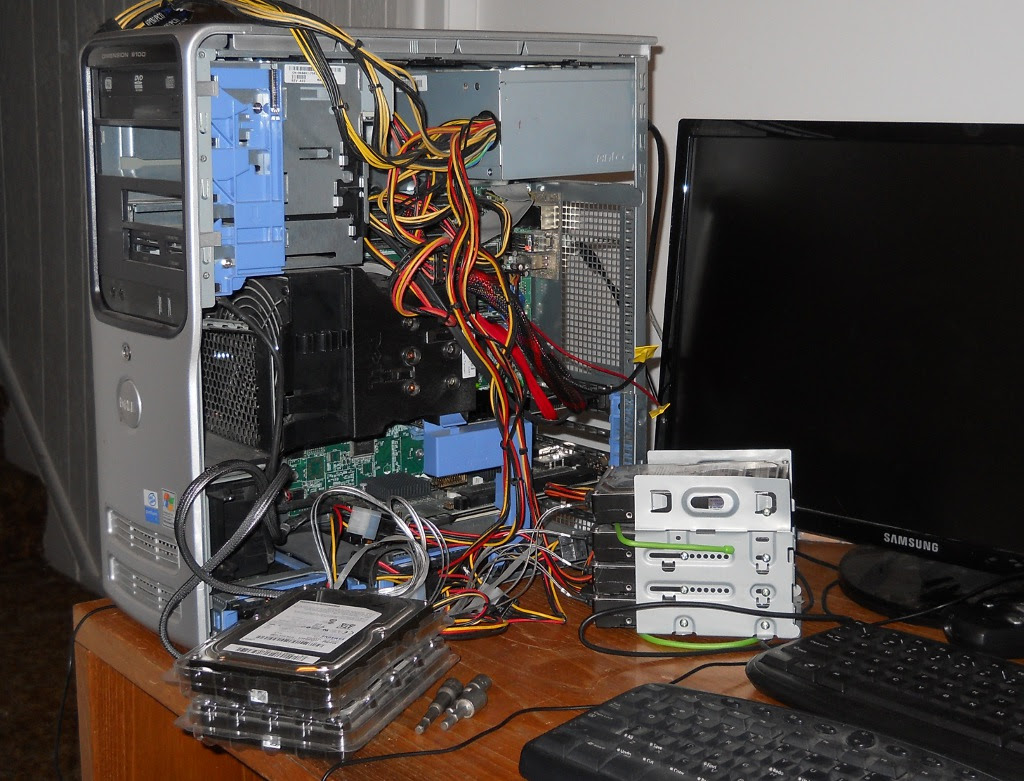 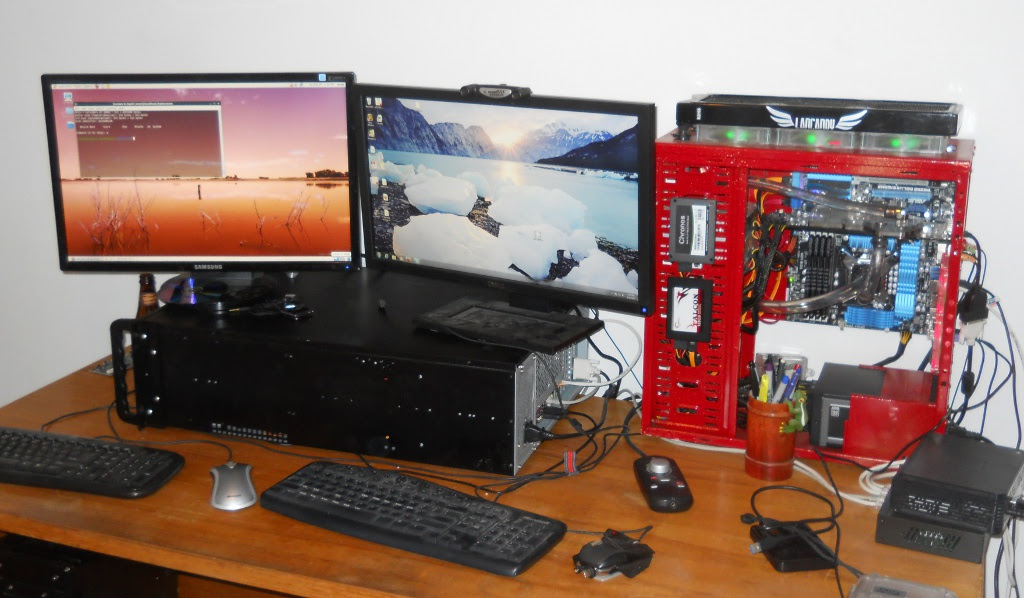 Josiah Luscher said...
This comment has been removed by the author.
5:11 PM